Lahore – Islamabad Motorway M-2 was conceived by Prime Minister Nawaz Sharif in his first term (1990–1993). The contract was awarded to M/s Daewoo Corporation (Daewoo) of South Korea on 30 December 1991 at a cost of Rs. 23.686 billion on a design-cum-construct basis.
Daewoo provided a loan of $379 million as supplier’s credit at Libor plus one interest to meet 40 percent of the project cost, payable in 21 semi-annual equal installments. The loan was revised to $654 million and touched $702 million.
Motorway M-2 is envisioned to link and serve as a fast-track link for north – south traffic of the country, reducing time and providing safe journey. It connects Islamabad (The Federal Capital) with Lahore (The Provincial Capital of Punjab). Motorway M-2 track is 333 Km long. This 6 – Lane facility passes through the district of Lahore, Sheikhupura, Gujranwala, Sargodha, Jhelum, Chakwal, Attock, and Rawalpindi with controlled access at 22 points (through grade – separated intersections).
Motorway M-2 was inaugurated on 26 November 1997, during Prime Minister Nawaz Sharif’s second term. In late 2006, upgrades were made to the portion of Motorway M-2 passing through Salt Range due to increasing complaints from drivers. The upgrades included better marking of road lines and increased size of road signs for easy visibility.

Overlay and Modernization of Motorway M-2

Motorway M-2 was required to be rehabilitated after 10 years (i.e. year 2007), but could not be undertaken due to paucity of funds with Government of Pakistan. In year 2014, Federal Government decided to execute rehabilitation works of Motorway M-2 through Public Private Partnership (PPP).  Federal Government awarded Rs 44,484 million contract of overlay and modernization of Motorway M-2 to Frontier Works Organization (FWO). Various commercial banks were to finance this project under a Build-Operate-Transfer (BOT) arrangements. BOT projects are totally financed by private sector; however NHA will get a portion of the profit. Motorway M-2 has been leased out to FWO for 20 years. FWO is responsible not only for re-carpeting Motorway M-2 but also upgrading Motorway M-2 services areas, toll plazas and other amenities set up along either sides to facilitate the commuters.
Salient aspects of the Project are as follows:
In December 2014, a signing ceremony of the project was held at HQ FWO. Motorway M-2 rehabilitation and modernization is the biggest infrastructure project initiated on BOT basis and will accelerate the pace of development through PPP. The construction phase of the project is to be completed by the end of year 2017 with minimum disruption to traffic.

MORE was incorporated as private limited company on 11 April 2014 under the Companies Ordinance, 1984 (replaced by the Companies Act, 2017 with effect from 30 May 2017). The Company is principally formed for the purpose of Overlay and Modernization of Motorway M-2, on a built, operate and transfer (BOT) basis. A Concession Agreement was signed between NHA and MORE on 23 April 2014, for a period of 20 years, for Overlay and Modernization of Motorway M-2. Authorized capital of the company is Rs 1,104 million divided into 110,475,300 ordinary share of Rs 100 each.

Overlay and Modernization of Motorway M-2

The entire Motorway M-2 has been rehabilitated during construction phase (January 2015 to August 2016). 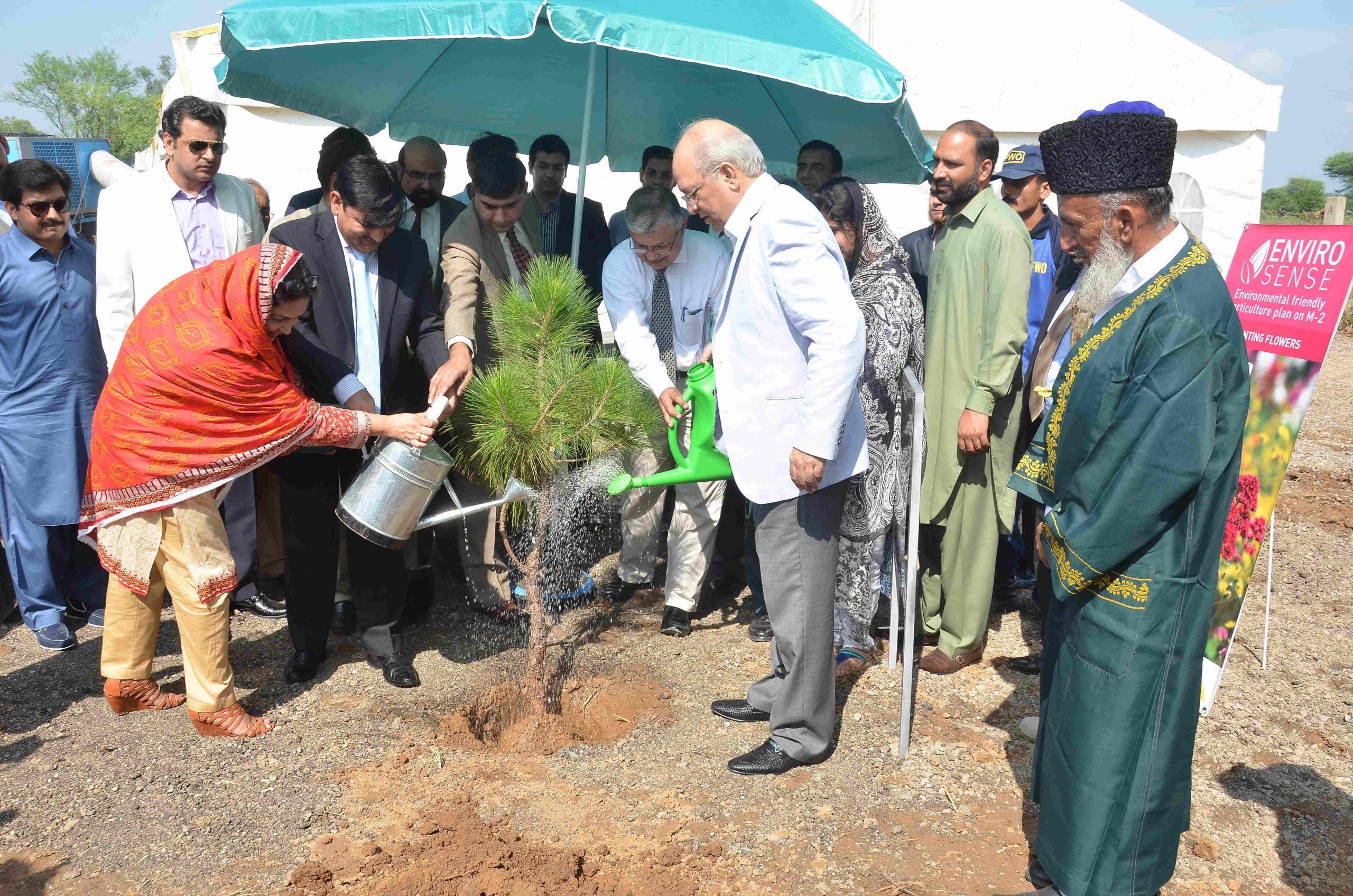 It is a programmed maintenance carried out as a major activity to maintain Motorway M-2 to the desired serviceability level. Major activities include recarpeting, repair of structures, road drainage repairs, restoration of road signage / road furniture etc. 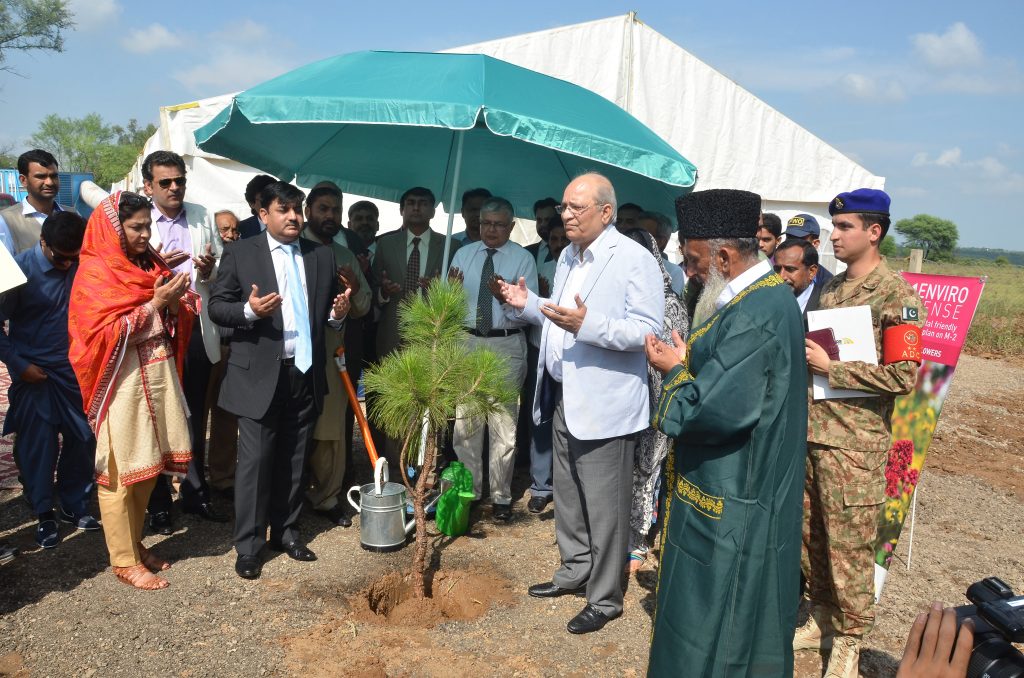 Under the umbrella of Pakistan Army, FWO launched a laudable environmental move by planting trees along its assigned motorways under the title of, “Green Motorway Initiative (GMI)” in 2019 to transform the belts along motorways into green belts. The idea was conceived to address the environmental degradation. FWO’s GMI was the first and unique project of the country which demonstrates the efforts of FWO. MORE played an active role by planting 600,000 trees along M-2 under GMI. 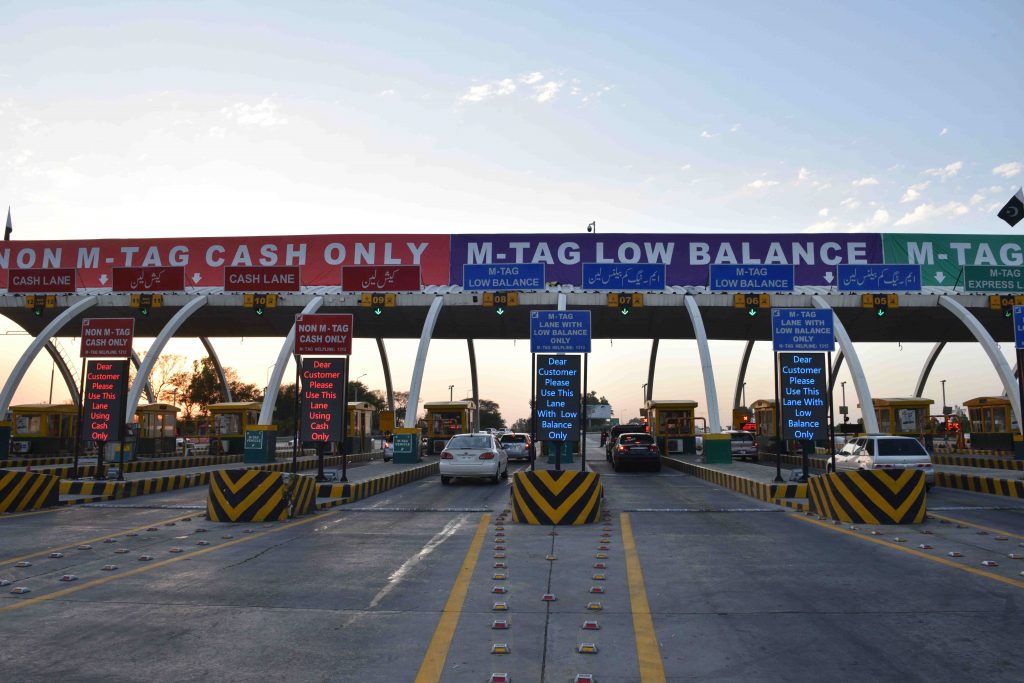 As per the Concession Agreement, MORE is authorized to collect tolls from road commuters at following locations: